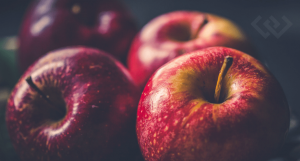 Fall has officially found its way back to our little island on the sound. The evidence of this is prevalent in the sounds of geese flying overhead, the return of long yellow busses escorting our children to and from school, and the ever-cooling weather that seems to drop one-degree cooler each day. This season marks the welcomed return of so many things including comfort and routine.

One returning theme of this season that we hold particularly dear to our hearts is apple season! Few things speak to the hearts of fall loving Washingtonians quite like the crisp red fruit that grows from so many branches here in the evergreen state. Whether it’s apple pies, apple cider, or apple scented – something about the fruit just feels like home. Below are 3 things you should know about apples if you live on Whidbey Island:

#1 Has to do with Apple Pie 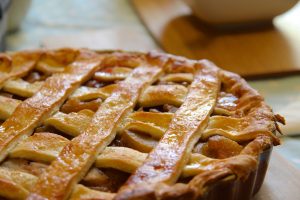 Probably the most obvious apple topic to be obsessed with is Apple Pie. Possibly one of the best baked goods to grace this earth, there is one pie on Whidbey Island that is simply a slice above the rest:

Words cannot describe the beauty found in this Whidbey Pie creation. Simply one of the best apple pies on the island and worth a trip to their Greenbank Farm Café or if they have any in stock at the 3 Sisters Market in Coupeville.

#2 Changes at the Red Apple Market 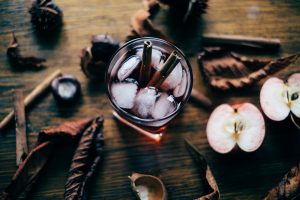 Residents of Coupeville and Clinton are well acquainted with the “Red Apple Market”.  However, some Clinton residents may be surprised to learn there has been some changes to the ownership of their local store. In spring of this year Tom Brierley, or “Tom the Butcher” as he’s commonly called, gained ownership of the store after the previous owners decided to sell. Although he’s known for being a quieter, more behind-the-scenes man, Tom has big plans for improving the South Island grocery and we can’t wait to see where he takes the shop! 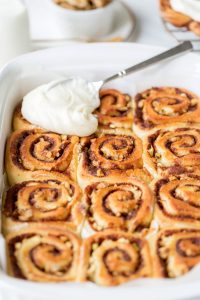 Few things in this world are as delicious as apples and cinnamon. If you’ve been to Whidbey Coffee recently and tried their Apple Walnut Cinnamon Roll, you know this well. We are so obsessed with this culinary masterpiece that we found a copycat recipe and it is simply THE BEST thing you could cook this fall. Let us know how it goes!

By: Courtney at Pizzazzerie

For the Cinnamon Rolls

For the Cream Cheese Icing 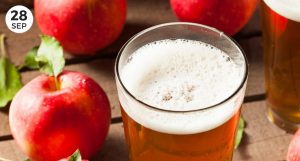 Related Articles
Real Estate JUNE 2022 Whidbey Island Real Estate Market Update 🚨 Here it is folks! The JUNE 2022 Whidbey Island Real Estate Market Update (rolling 12-month report). CLICK HERE TO GET THE PRINTABLE PDF!   🗺️ Stats are separated by area: South, Central, & North Whidbey, and incorporate data from the 12 months prior to our current month.   🏡All stats represent only the residential […]
Places Whidbey Island Hiking Trails Near Me Whidbey Island Hiking Trails Near Me Your guide to gorgeous hiking trails on Whidbey Island Click to see properties for sale on Whidbey Island Are you willing? To get lost that is. With only one road in and out, a straight shot across the length of the island, it would be too easy to find […]
Real Estate Moving Patterns for U.S. Homeowners and Renters in 2021 Moving Patterns for U.S. Homeowners and Renters in 2021 by Matthew Gardner   Hello there. I’m Windermere Real Estate’s Chief Economist Matthew Gardner and welcome to the latest episode of Monday with Matthew. Over the past few months, analysts like myself have been starting to get our hands on early numbers from the Census Bureau and, […]